Will We Be Dancing Dawgs After All? 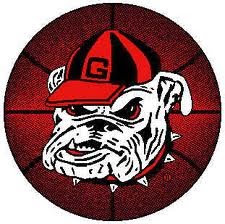 If someone had come up to you on January 3rd after our Hoop Dawgs had just finished a very disappointing 6-6 non-conference schedule and said the following - we're going to end up winning 2/3 of our SEC games and will have at least an outside shot at an NCAA bid - you would have thought they were crazy, right?

Well, that's exactly what has happened. Hell, even on Feb. 1st, after hitting a 3-game skid, most folks would have still thought you were crazy to think that UGA would finish the season on a tear with an 8-2 record. But that is exactly what has happened. I'll have to agree with Tyler Dawgden, Mark Fox should at least have some consideration for SEC coach of the year. And with this impressive turnaround, he is assured at least one more year in the Classic City. And that, I think, is a good thing.

But how likely is it that Georgia will make the Big Dance? Honestly, it's still a bit of a stretch. Our RPI and SOS numbers just aren't where they need to be; however, you couldn't have scripted our spot in the SEC tourney any better, in my opinion.

First off, since we did finish in the top-4 (3rd seed), we will be getting a double bye. Who might we play in our first game? Either Vandy, Miss. St., or Ole Miss. I'd prefer State, but it'll probably end up being Ole Miss, a team we did beat during the regular season.

So, let's say we get past that first game. Then, we'd be most likely looking at having to take on Kentucky without an outside chance of maybe LSU. But probably Kentucky. That would be a tough one, but I'd rather deal with that crowd than Florida. So, for the sake of argument, let's say we find a way to get past the Wildcats. We would then be 20-12 and our RPI and SOS numbers would be much improved. Chance are, we would lose to Florida in the championship game the next day and that would put us at 20-13. Would that be enough? It's hard to say since there will be so many moving parts (what other teams do that are on the bubble, what teams that we've lost to end up doing, teams we've beaten for that matter, etc. etc.)

My gut tells me that two SEC tourney wins barely gets us what may end up being the final spot in the field. But, we've got to win two. There's no doubt about that. So I guess we'll just see what we see. At worst, we would be a lock for the NIT and the Dawgs would enjoy their first post-season tournament appearance and first winning season since 2011. And it looks as if Williams will be the only guy we're losing after this year, so the future does seem fairly bright for the Hoop Dawgs. Can't wait til Friday night. GO DAWGS!
Posted by MBM at 10:46 AM 3 comments: