UGA vs. Auburn: The Sunday Treatment and a Trip Around the Dawgosphere

I still say Tech is UGA's biggest rival. Even though it hasn't been much a rivalry lately, I believe that because I feel that Tech is the team I hate to lose to the most, and I think that is the ultimate deciding factor. But, as I discussed yesterday with my buddy that went with me to the game who believes Auburn is our biggest rival, I could probably honestly say that I enjoy defeating Auburn the most. So...perhaps they are our biggest rival. Really, who cares...

I just know that I love beating that crowd. Especially big. It never gets old. The 2011 and 2012 beat-downs helped make up for the 2010 game and I think last night went a long way towards getting the bad taste of last year's game out of my mouth. And since the 2005 heart breaker that was also a late night game in Sanford Stadium against the wareagletigerplainsmen, we are 7-2 in this series. That's pretty great.

Where to start? Man...just such a great team performance. Chubb and Gurley. The special teams. Man - the defense! Pruitt is obviously a great DC and he obviously has a knack for stopping the Gus Bus. To me, that's as good a defensive performance we've seen from the Silver Britches in the last decade. And let's not forget about the crowd. Several players and coaches made a point to thank the crowd. I've been going to UGA games over 30 years and I can honestly say that was as good and fired up a crowd as I've ever seen. I think it was even louder and more intense than last year's games vs. SCAR and LSU.

Not all is good, however, as #3 Toddy Gurley suffered a knee injury towards the end of the night. No official word as of yet, but I don't think it looks good. Seems like he might have some ligament damage. If that's the case, I sure do hate it. Doesn't seem right. But, if that is the case, I think Gurley is the type of guy that can come back better and stronger than ever and will have the opportunity to achieve everything he deserves at the next level. Regardless, he will always be considered one of the greatest of Damn Good Dogs and will always hold a status as one of the greatest to ever put on the Silver Britches.

Anything to complain about? The officiating, for sure. Calling back that beautiful fake punt was as bad a call as we've seen all year. We still seem to have some issues with punting the ball, but all in all did okay in that respect. Our kickoff coverage was excellent although I'm still not sure why we're not putting it in the end zone every time.

Truly a great game for our Dawgs. What a night!

Let's get the pulse of the Dawg Nation and take...

A Trip Around the Dawgosphere:


As I type this, it seems as if reports are surfacing that Gurley's knee injury is a season-ending one. That's terrible. I hate to hear that so damn much. Man...Also, it is now official that Muschamp will be stepping down from Florida after this season. Oh well, it was nice while it lasted although not so much for this year's edition of the WLOCP. I'll be curious to see who UF goes after. Mullen? Possibly Stoops from Kentucky? An NFL guy? We'll see...

Even though I think both Verne and Gary are about damn senile and the time has come to take 'em to the back forty and put 'em out of their misery like a lame old horse, they Gary will throw out some nuggets from time to time. Early in the 4th quarter, after Florida did what I titled this post for about the hundredth twentieth time, Gary mentioned it. And he was right on.

Our front 7 is pretty darn good vs. a spread offense or a regular pro-set, but if you put them up against a big, strong, and effective O-line with some good running backs, and we don't really match up good. Could you imagine what LSU or 'Bama could do to us at this point. It would be ugly. I don't know if I necessarily want MIZZOU to lose again. And I'm sorry, I know that Leonard Floyd is an excellent pass rusher, but he looked like a schoolyard chump yesterday. They were picking on him. Very sad...

I think Pruitt got outmatched on Saturday. Never really did any run blitzes; never seemed to adjust. That's bothersome.

It's a Catch 22. If you have the big D-line guys we used to have, then you probably do better in a game like this, but then you have trouble against spread or finesse teams. When you're smaller and lighter, specially on the ends, 418 yards against Florida happens.

I'm not smart enough and don't understand the game enough, especially defensively, to know what the answer is. Thoughts?
Posted by MBM at 7:00 AM 2 comments:

Email ThisBlogThis!Share to TwitterShare to FacebookShare to Pinterest
Labels: The Celebration of the Repeal of Prohibition, WLOCP

Fear & Loathing: UF edition; A Trip Around the Dawgosphere

I think folks were getting tired of talking to me the past week. I'd have folks come by the store wanting to talk UGA football and make predictions of how big we'd win, but then I'd mess it up by being in full-on Munson mode - they've got one of the best defenses in America, despite what we've done the last two games without Gurley our offense had major question marks, Hutson Mason, etc... 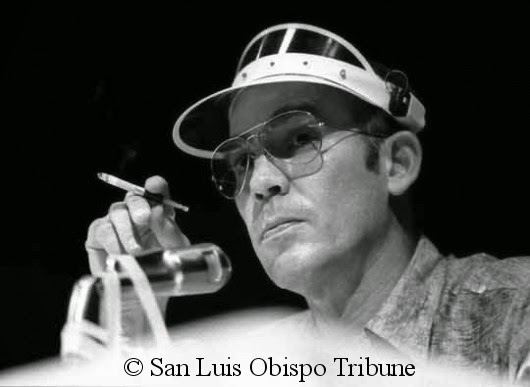 Also, somewhere in the back of my mind, and like a lot of other folks too, I'm sure, that nagging thought that UGA was due for their crap game. Florida was like a wild beast backed into a corner. Sure, some had theorized that the team had probably already quit on Muschamp, but I read a few articles during the week from people in the know saying that had not happened. This was their last stand. They wanted to win it for their coach and themselves.

And you've got to tip your hat to the dreaded Gators. I hate Florida. They just flat-out whipped us. In all three phases. Florida sux. Controlled both lines of scrimmage. Looked to be the better coached and prepared team. Did I mention my hatred for Florida. They kicked our asses...

I'll never forget my first trip to Jacksonville. 1985. UF had just been ranked #1 for the first time in their history and Kerwin Bell and Co. were just gonna beat the tar out of us. We won. 24-3. That's Georgia/Florida. Throw the records out. Every time. 2002. Who should have won that game? And who didn't? UGA. Ditto for 2005. Who should have won that 2012 game? Florida should have, but they didn't. That's Jax, baby.

Well...we can't feel sorry for ourselves too long. We got UK in six days. In Lexington. That crowd always brings it. Still a lot to play for. It's always a great day to be a Dawg!