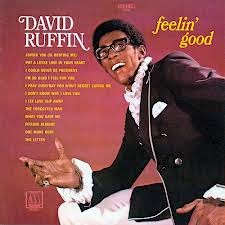 And I'm feelin' good! Of course, today is July 1st and we're playing Clemson on August 30th, so it's really about two months away. But...we are getting pretty close and that makes me very happy.

It's the time of year where you start seeing all the college football mags hit the shelves, and while I've flipped through Steele's and Athlon, I have always been a Lindy's guy. I've been getting one every Summer for years and years. I'm familiar with it and have always enjoyed the writing and insights. Plus, they do the thing with the Cheerleaders, but maybe the other ones do that too...?

According to Lindy's, UGA is probably going to be good enough to compete in the East but they're thinking that we'll slip up to SCAR and end up as a strong 2nd with a possible 10-2 record. To me, that's sounds about right, although I think we'll have a very good shot at winning in Columbia.

A few surprises, though, as they've got Alabama winning the West! What's up w/ dat?! All kidding aside, it looks about like you'd expect. 'Bama with Auburn and LSU close behind in the West; our Dawgs and the Cocks fighting for the East. Lindy's does seem to think that Florida might surprise some folks and finish a strong 3rd in our division. I just don't know about that...

What would I like to see this season? In order of importance: beating Florida to give us 4 in a row in that series, getting payback vs. Clemson, finishing with 10 wins. That's about it. Last Summer I kind of jumped the shark (although who could have foreseen all of those injuries!), and I'm a little gun shy about replicating that. Beating Auburn would be really, really nice, but I'm just not sure. And as I properly predicted last year and will do again this year - watch out for the Vols. I think they are once again going to give us everything we can handle.

It's been awhile since I've posted, I know, but it's good to be back. I'll probably start posting about once or twice a week from now until the season starts and will then kick it back into regular season mode. And look for the return of The Sunday Treatment & A Trip Around the Dawgosphere" this weekend.