The (Monday) Treatment and a Trip Around the Dawgosphere

Greetings and Salutations! Been a minute. Had some life and work stuff the last week or so and have been 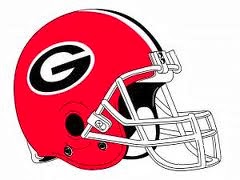 
So, where are we at this Monday? All in all, one would have to say that things are looking pretty darn good for our Georgia Bulldogs right now. With all the noise and drama from a few days ago, it would be have been very easy for this team to have faltered in Columbia West a couple days ago. But as we all now know, that didn't happen. In fact, the opposite happened. This team rallied and galvanized themselves and by about 3:30 PM EST, this team looked like a pretty hard team to beat.

Seriously, I can't say enough good things about this win...a lot of guts and grit. Just Outstanding! And what game for #27 Nick Chubb. Wow! 38 carries? Over 140 yards. Big, big performance for the true freshman. Hutson Mason had a great game as well. Very efficient, very smart. Threw for a TD and ran for one as well. But how 'bout that D? Man, what a performance. As many have spoken about the past year or so, we really needed for our defense to get much more opportunistic and create more turnovers. Well, they forced five and they pitched the shut-out. You're not going to see that against a solid SEC opponent very often. A big, big day for DC Pruitt and his troops. And a big-time shout-out to Head Coach Mark Richt. Several folks have said that this may be one of the finer moments in his coaching career. I wouldn't be inclined to disagree with that sentiment.

Let us now get a pulse of the Dawg Nation and take...

A Trip Around the Dawgosphere:

Like I said, there’s very little with which to find fault.  It was a workmanlike job, not flashy, but thorough. I wasn’t sure which team would show up; fortunately, we got the angry and focused one.


And a few random SEC thoughts: State is for real. Ditto for Ole Miss...Auburn is still a great football team...You almost have to admire how Florida can lose a football game sometimes...wow...and never count out the Mad Hatter! Speaking of hats, hats off to Vandy - that was a pretty good (by FCS standards) Charleston Southern team - they continue to fight. UK at 5-1? Rich Brooks would be proud...'Bama looked very UGA-esque at times Saturday night, but hey - they won. Until further notice, 'Bama is still 'Bama...starting to think aTm isn't really much of anything.

Helluva game. Now let's see what we can do with Arkansas.